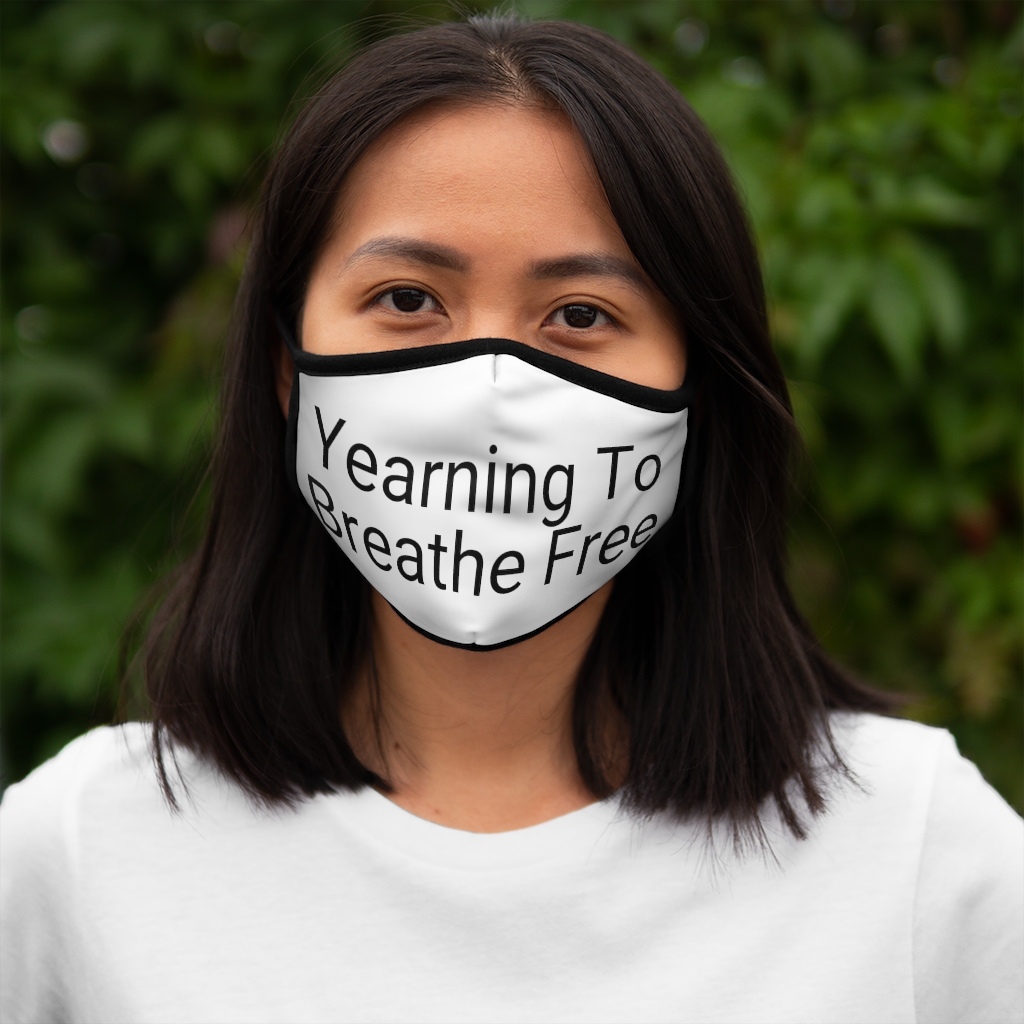 Mask Mandate Science – your government claims that it is clear and distinct, but prior to the pandemic most evidence showed no effect in stopping the spread of disease, and lots of evidence that prolonged mask wearing caused substantial harms. During the pandemic over $200 billion has been spent by the NIH on covid, but no money was went to research the validity of masking claims.

From the CONTROL GROUP standpoint (and we mean a POSITIVE CONTROL GROUP, which in this case uses methods other than the EXPERIMENT to maintain health), the mask mandate is based on perceived risk of serious infection, which in itself is wrongheaded. Cases are known to be 99.9% survivable with no medical intervention. Perhaps these slight improvements in prevention would make sense otherwise, but given the very small fraction of serious cases, and the apparent rejection of real world evidence that masking doesn’t work, such as Hawaii, which had 98% mask compliance AND OUTDOOR MASKING, we must question the assumptions.

POLICY ORIGINS
The entire focus seems to have been on the 1918 flu pandemic, which was a fearsome event, but not very well understood. It seems peculiar that with such advances in science that our primary response was predicated on 100 year old evidence, if it can be claimed that there was any evidence. In point of fact, the US Navy Medical research from the 1918 flu pandemic distinctly states that none of the techniques, distance, ventilation, or masking, really worked.

CURRENT STUDIES SAY
In the very few studies which have been conducted during the covid pandemic, those using mannekin heads in controlled environments proclaim benefit in universal masking, while others point to the fact that masking is at best a questionable preventative measure, dictated by the variabilities of mask coverage on individual faces.

“N95 respirators offered higher degrees of protection than the other categories of masks tested; however, it should be noted that most N95 respirators failed to fit the participants adequately. Fit check responses had poor correlation with quantitative fit factor scores. KN95, surgical, and fabric masks achieved low fit factor scores, with little protective difference recorded between respiratory protection options. In addition, small facial differences were observed to have a significant impact on quantitative fit.”

CLOTH MASKS
As a method of escaping scrutiny, a cloth mask seems like a good bet, but cloth masks have been proven repeatedly to promote illness, while providing less protection than no mask at all. It may not matter to you that the Center for Infectious Disease experts stress that cloth masks should not be promoted for protective use at all, but it’s something to keep in mind.

MASKING AND VENTILATION
The May 2021 study shows that masking for healthcare workers improves safety in areas full of viral particles, but that this is the only area in which this indication is true. The less virus rich the atmosphere, the less valuable a mask. And the type of mask makes all the difference. Cloth and surgical offer 10-50% the protection of an N95. Consistent with much of the science, their conclusion (“In indoor settings, it is impossible to avoid breathing in air that someone else has exhaled, and in hospital situations where the virus concentration is the highest, even the best-performing masks used without other protective gear such as hazmat suits will not provide adequate protection.” ) runs counter to the title, Facemasks effectively limit the probability of SARS CoV-2 transmission. What the paper really deduces is that it’s down to probabilities of viral saturation in the airflow, which has less to do with mask wearing than with who is in what room and for how long.

OXYGENATION
One question that is a constant for people who breathe is whether their oxygen or CO2 levels are altered by masking. The press seems fond of showing blood oximeter levels, but strictly as a reductive abstraction, when the fact is that the body regulates blood oxygen though multiple mechanisms, first of which being breathing itself! No study we could find looks at the entirety of the person’s physiology, and some of the methods seem manufactured to prove masks work.

In this much touted 2021 study, participants compared the weakest masks, cloth and surgical, and only wore them for ten minutes, at which point they found very slight differences in levels. However, buried in the analysis, we find that “Walking with a surgical mask did lead to a modest increase in heart rate (103.7 [93.8–110.7] vs. 101.2 [89.0–111.8].” That is a 2% change after a mere ten minutes of walking, and as referenced above, heart rate is part of the bodies oxygen regulation methods. There was no measurement of breathing volume whatsoever, or consideration of how the body regulates itself to ameliorate to the applied pressure.

MASK COMPARISONS
The clear takeaway of mask comparisons research is that N95 masks are really the only ones that make a serious difference in particle inhalation. But as anyone who works in situations that require them can tell you, they are not meant for prolonged wear. A 2021 study of CO2 concentration while wearing an N95 show that 15 minutes exceeds recommended levels, and 2010 study states that at one hour, “dead-space carbon dioxide and oxygen levels were significantly above and below, respectively, the ambient workplace standards, and elevated P(CO2) is a possibility.”

These are fifteen minute to one hour studies, with very narrow observations, and despite the evidence from Hawaii, governments are telling us to mask all day every day, and now even outside in Oregon!

TESTING METHODS
This photo shows the comical nature of mask testing. The study concludes that 90% of particles are blocked, when the majority of exhalation can easily escape around the sides of the mask and not enter the test funnel!

Interestingly enough, this follow-up study corrected the orientation to the funnel problem, and concluded that despite leakage on top and sides, surgical masks were significantly more effective at blocking particles than nothing at all. Of course, but again, as the most throrough study indicated, in a room with high viral transmission, it won’t make any difference.

INHALING MICROPLASTICS
Surgical masks in particular are made with materials that break down into particles not much greater than the viral particles themselves. These particles enter into the lungs, where they settle and disturb lung function, creating lesions or entering the bloodstream, which is a particular threat to, you guessed it, children.

In this exhaustive Chinese study, distinct measurements of microplastic inhalation was made. The authors compared every kind of mask against both fiber type and spherical type microplastics, and found distinct increases in particle inhalation, primarily of the fiber type. This increase (it should be noted) was measured against the background levels of microplastic in Shanghai, China, estimated at 113 kg annually! Your mileage may differ. The study measured particle inhalation over one month of masking time, from which the authors concluded that the risk from microplastics inhalation is less dangerous than the risk of contracting coronavirus.

We would venture to say that this is clearly an assumption based on the same assumed threat that coronavirus is a deadly disease, when in actuality the hospitalization and case fatality rate are not in line with the perceived danger. What’s more, the authors are environmental and water quality scientists, who have no business making any such claims about respiratory health. Reading it now, after month 16 of masking, really makes us wonder.

The potential long term risk of microplastic inhalation, particularly to children, given the unknown duration of repeated mask mandates, all day school masking, and given the extremely low incidence of serious cases in children, makes the CONTROL GROUP think that the risk-benefit analysis is extremely lopsided in favor of risk.

There is not just us to think about either. In a world more and more endangered by microplastic pollution (which you have probably never heard of), mountains of masks are strewn about the parking lots and gutters of our nation, creating microplastic debris that moves into the waterways and oceans in greater and greater volume, causing more impact on all life forms. Much of that web of life we eventually consume ourselves, leading to as yet undetermined, but likely irreversible damage.

FOR CHILDREN
Two weeks after publishing this, the Wall St Journal published this editorial from Dr. Marty Makary (professor at the Johns Hopkins School of Medicine, editor-in-chief of Medpage Today), parroting much of what the CONTROL GROUP is saying here. “We have been encouraging Americans to wear masks since the beginning of the pandemic. But special attention should be paid to the many children who struggle with masks. Public-health officials claim to base their decisions and guidance on science, but there’s no science behind mask mandates for children.”

IN SUMMARY
In all the recent research, the study headlines proclaim the benefit of masks, despite deep contradictions within their own data. Following the dominant paradigm obviously pays the research bills, but without consideration of alternative means of maintaining respiratory health, what is the real effectiveness of these measures? Given the rising caseloads, apparently none.

Small private studies have proven daily gargling and nasal rinsing effective at destroying the coronavirus, as have those of intermittent throat and nasal sprays. Given the new mandated expense of mask ownership, required by law but not provided by government, we can only hope that a commonsense approach to using these alternative methods can take root, or that a symbolic system of visual identification, communicating that one manages their own health, could be implemented. But the government has promoted the distrust of others to such a degree that merely stating you are healthy is no longer enough

We would all like to live in a world of courtesy and consideration, where no one endangered anyone else, and no edicts were required to tell people what to do. Yet the level of fear that has been intentionally generated impairs rational thought and debate. Ignoring the actual science and risking self-impairment in order to assuage the fears, not only of those who are physically compromised, but those who have abandoned personal responsibility for their health, seems contrary to all established medical and social values.