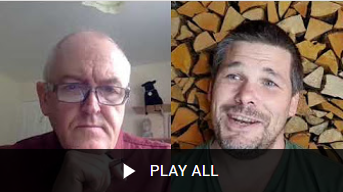 SWEDEN’S covid success has been greatly underreported. The Control Group, in fact, started as a long form argument about whether Sweden’s no lockdown policy was best. Our friends spitefully mocked us, pointing to Swedens increasing death toll, always comparing it to Denmark and Norway. But we looked at their statistical differences, and like the Swedes, who think of themselves as more like the rest of Western Europe, noticed they had a much lower death toll than comparable EU countries. Then we looked into what was really happening.

To begin with, Swedish health authorities decided not to panic about the Italian surge, and let citizens enjoy their winter ski holidays there, before the extent of covid was really known. But what NO ONE KNEW was that covid was circulating in Italy as far back as September of 2019, so cases were already mounting, but not identified as such. For that single reason, Sweden had a heightened early surge.

The critical thing no one else has discussed, but Dr Tallinger does in a video below, is that the Swedish government’s safety policy refuses to allow oxygen in care homes. This resulted in >40% of their total deaths! If oxygen therapy was allowed, they would be battling Monaco for 38th spot in EU death toll. Government policy, not covid itself, was the primary reason they suffered.

Meanwhile, their no lockdown policy allowed schools and businesses to function, so they had the least economically impacted society in the EU. They did suffer an increased mortality on the year, but it seems to be balancing out in 2021. Here in August, they have had no covid deaths since June 23rd, although summer travel does seem to be increasing cases. With only 60% of adults and no one under 18 being vaccinated, things look pretty good. Here is Worldometers Data

This leads CONTROL GROUP thinkers to believe that Anders Tegnell, Sweden’s chief epidemiologist, was RIGHT. They survived the surge, and may well have gained herd immunity, while maintaining their society as much as possible.

Thank you so much for talking with this channel Jon 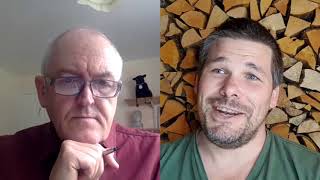 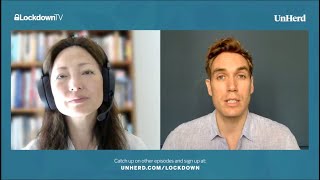 We hear a lot about Sweden’s experience of Covid-19, with the New York Times declaring this week that that country is ...now “the world’s cautionary tale.”

Dr Soo Aleman has been both on the front lines of the Covid-19 epidemic as a senior physician at Stockholm’s leading Karolinska hospital, and on the research side, as Assistant Professor at the Karolinska Institute and one of a group that last week published new data around T-cell immunity.

We talked to her about the findings of that study, and how it matches what she is seeing in her hospital.

“Intensive care units are getting empty, the wards are getting empty, we are really seeing a decrease — and that despite that people are really loosening up. The beaches are crowded, social distancing is not kept very well ... but still the numbers are really decreasing. That means that something else is happening – we are actually getting closer to herd immunity. I can’t really see another reason.”

“I can’t say if the Swedish approach was right or wrong – I think we can say that in one or two years when we are looking back. You have to look at the mortality over the whole period.”

“I don’t think that we have more new cases, I think we are just detecting more cases”

“We found that if you have a mild case you can be negative for antibodies afterwards … in those almost all of them had strong T-cell activity. This study says that there are cases that you can have a strong T-cell response even though you have not had antibodies, meaning that you have encountered the virus and built up immunity.” 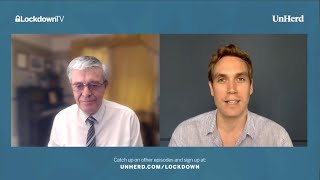 active
Karl Friston: up to 80% not even susceptible to Covid-19
See here for full write-up and explanation: [...]
See here for full write-up and explanation: https://unherd.com/2020/06/karl-friston-up-to-80-not-even-susceptible-to-covid-19/
Click here to subscribe to UnHerd: https://unherd.com/register-login/?signup
Professor Karl Friston is a computer modelling expert, world-renowned for his contributions to neuroscience. He has been ...applying his "dynamic causal modelling" approach to the Covid-19 pandemic, and has reached some startling results.

- The differences between countries are not primarily down to government actions, but due to 'intrinsic' differences in the populations

- We don't yet fully understand what is driving it, although there are theories ranging from levels of vitamin D to genetic differences

- In each country, there appears to be a portion of the population that is 'not even in the game' - that is, not susceptible to Covid-19. This varies hugely between countries

- In the UK, Professor Friston estimates that portion to be at least 50%, and probably more like 80%

- The similar mortality results between Sweden (no lockdown) and the UK (lockdown) are best explained by the fact that in reality there was no difference - the impact of the legal lockdown in Professor Friston's models "literally goes away".