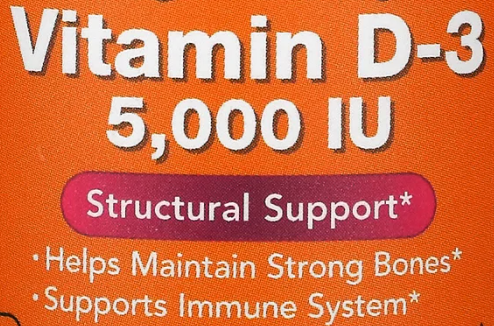 Vitamin D prevents covid, simple as that. It is well known as critical to immune response, and in the early stages of the pandemic it became clear that the populations being stricken most severely were those with inherently low Vitamin D. D levels are particularly low in those elderly who are shut in rest homes, and melanated (dark skinned) people, who simply cannot produce enough because their skin has evolved to protect them from more intense sunlight in equatorial regions. Studies indicate that melanated US citizens are 70-82% Vitamin D deficient. Covid-19 is a disease of our time; in a society that spends so much time indoors, the biological mechanism for Vitamin D production (Sunlight->Skin) has been minimized.

But more than being a prophylactic, Vitamin D prevents Covid in infected patients! Knowledge of Vitamin D retrospective evidence prompted the double-blind randomized controlled study at Reina Sofia Hospital in Madrid, which was published in October 2020. In this study, hospitalized covid patients were given Calcifediol (the metabolite your liver creates from Vitamin D) while the Control Group received the best standard of care. Control Group members had 25X the ICU admissions (50:2) and 2 deaths (4%), versus the Vitamin D group, which had NO DEATHS. (Get it right, members of ControlGroup.Science take Vitamin D!)

The appalling fact about this is that neither the CDC nor the WHO have initiated any follow-up study whatsoever. While the evidence has stacked up for months, they have remained completely silent about the fact that Vitamin D alone could eliminate the pandemic, and any need for dystopic solutions. We at Control Group believe that this is entirely purposeful, as per the Emergency Use Authorization, the vaccines would not be allowed if any viable treatment were acknowledged.

Here you can watch a series of medical videos about Vitamin D research, and the frustrating lack of policy change.